Stephanie bought Guido as a 3 year old. As a 4 year old he competed in British dressage young horse qualifier coming 10th at the premier league show.

He competed again as a 6year old in British dressage young horse qualifiers winning and qualifying for the hickstead finals with Ryan Todd.

He regularly competes British showjumping. As a 7 year old he competed internationally with Donny janciauskas in young horse and 2star classes getting placed upto 1.35 level.

He has produced some exceptional quality youngstock his 2019 filly received high marks in the foal show just missing out on qualifying for the finals.

He has been successful as 6 year old in the hickstead  dressage qualifiers winning his qualifier on 72% proving he is a stallion to use if someone is want versatility in their offspring.

Karim El Zoghby and Amelia represented Egypt at the Rio Olympic 2016 with honour finishing the games at the 37th place individually also won over £60,000 of prize money at fei 160 level showjumping

"A talented horse that enjoys his work 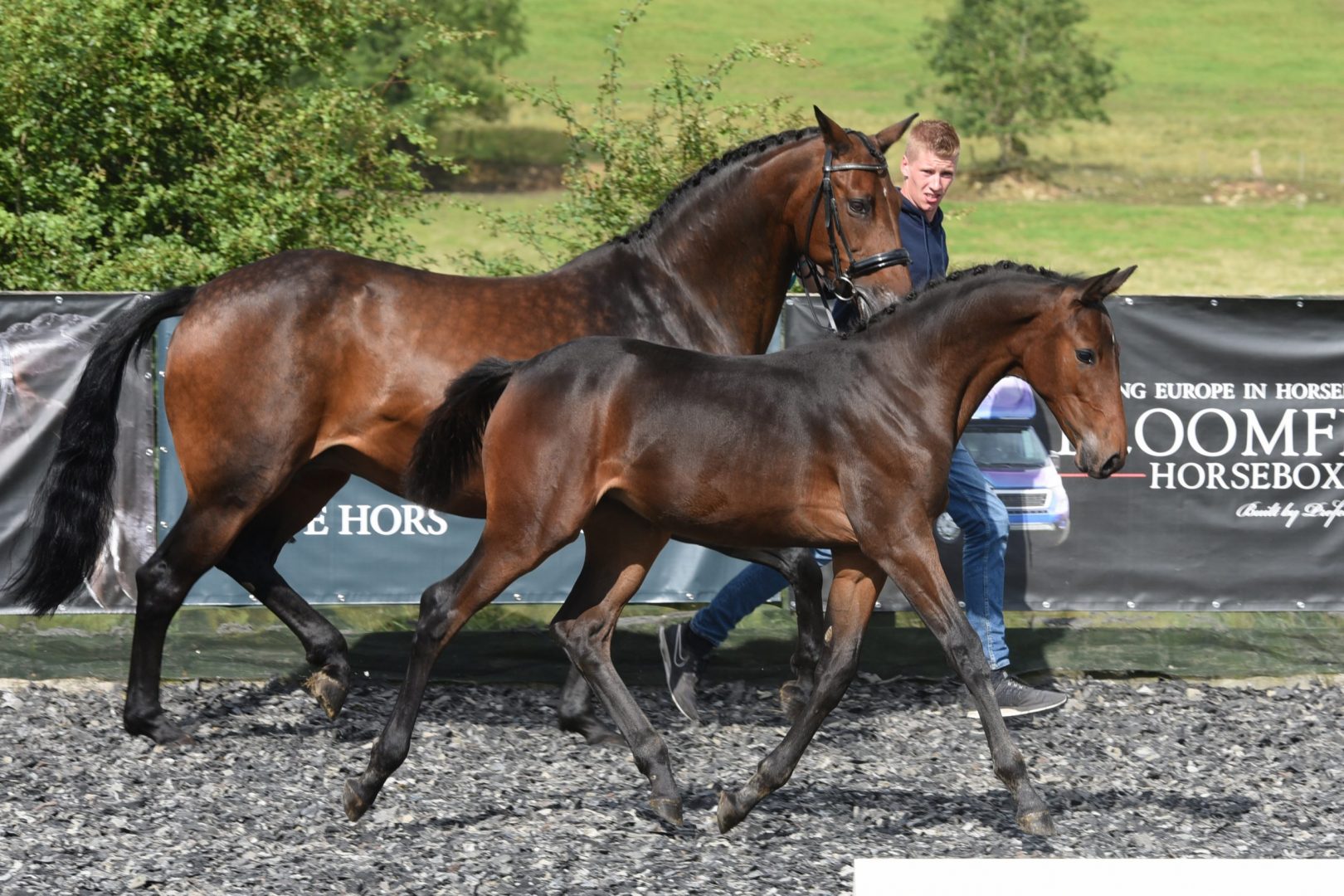 Chellthago, one of the best performing horses during the Dutch young Horses Championships 2009, is a son of the very well bred Chellano Z. This son of Contender is bred out of a full sister to the stallions Corrado I and Corrado II, and competed successfully at Grand Prix level ridden by Jos Lansink and Edouard Mathé.

Recently Chellthago, ridden by Caroline Müller, was placed fourth at the VHO trophy which was held during the KWPN stallion approvals at s’Hertogenbosch.

Numero Uno completed his performance test triumphantly: he received a 9.0 for canter and scored an average of 8.5 for jumping components. His explosive take-off earned him 9.0 points.

Dam Jolanda, like the Olympic showjumping stallion Lux, descends from Lord Calando. Grand dam Feinschnit (Ahorn hann) supplied, in combination with Gondelier, the national showjumping horse Kapitol, who as a five-year-old gave an excellent performance in the world championships for young horses at Lanaken. The mother line continues via the well known stallion Farnese to the mare Fernsicht (Ladykiller xx), who is a full sister to the reputable stallion Lorenz. This famous Holstein lineage, which is registered under number 429, also produced the stallions Aldato (Anblick xx), Heidelberg (Ladykiller xx) and Benedictus (Benvenuto xx).

Any cookies that may not be particularly necessary for the website to function and is used specifically to collect user personal data via analytics, ads, other embedded contents are termed as non-necessary cookies. It is mandatory to procure user consent prior to running these cookies on your website.