Stephanie Holker is the chief instructor at Red Earth Equestrian Centre.  She gained all her teaching and horse care qualifications at the Yorkshire riding centre in Harrogate under Christopher bartle  and Jane bartle-Wilson. Stephanie  has been successfully teaching since the riding school opened in 2006.  Stephanie and her father Clive began the business with a small client base but this soon grew and she now has over 100 clients on the school horses and also with people bringing their own horses up to the centre.

Stephanie took over the running of the business in 2009 after her father Clive sadly passed away.  Since this time the equestrian centre has seen many changes & also many improvements.

Stephanie has a number of her own horses of her own ranging home bred foals to her affiliated competition horses who compete up and down the country.

she is keen to pass on her knowledge onto her clients and thrives off seeing them achieve their goals or do well in their competitions.

As a teenager she had a variety or ponies and horses  regularly competing on Maverick her showjumper/working hunter horse.  Stephanie had much success on this horse and competed in the Trailblazers National Finals down in Warwickshire.

Stephanie then got Her first foal Ziggy, which she brought on and successfully broke herself as a 4 year old.  Ziggy successfully completed in British Dressage (BD) and British Eventing (BE), coming 3rd at his 2nd British Event but unfortunately has been diagnosed with a grade 5 heart murmur resulting in him having to retire from any ridden activities.

Stephanie has competed on 2 horses owned by Phil Kelly of Cheshire, in all 3 disciplines of riding, dressage, jumping and eventing.  Her 1st horse from Phil was a 6yr old ex racehorse, Tyson (Corofin Flyer), Stephanie brought this horse on and achieved many successes with him including qualifying for the BD regional finals and the BE pre novice regionals.  Tyson was then sold onto William Foxpitt and was competing very successfully at 2* eventing.

Next came along Rory (Irish Charm lll) he again was 6 and came on extremley well in his eventin cagreer whilst with Stephanie.  He was a very bold horse & qualified at Arley Hall for the 6 year old eventing championships. Rory was then sold on and is now based in Devon with a young rider.

In 2009 Stephanie decided she had a passion for young horses and enjoyed watching them grow and develop into successful competition horses. She bought Millfield Cassidy a 6 month old colt and Millfield Contentious a 4 year old mare infoal for the next year from Millfield stud . This was the start of the stud

Millfield Cassidy achieved an elite score at the Bef futurity so Stephanie decided to keep him entire to compete and use as a breeding stallion. Please see his own page under stallions at stud

Since 2009 Stephanie has had a wide selection of young horses she has either bred or bought in from Uk Holland or Ireland and has built a string of top level competition horses from 4year olds to 1.30 showjumper

2019 has been a fantastic year with the horses from competing in horse of the year show qualifiers in the working hunter to competing at a 2*international showjumping competition with 2 of her horses! 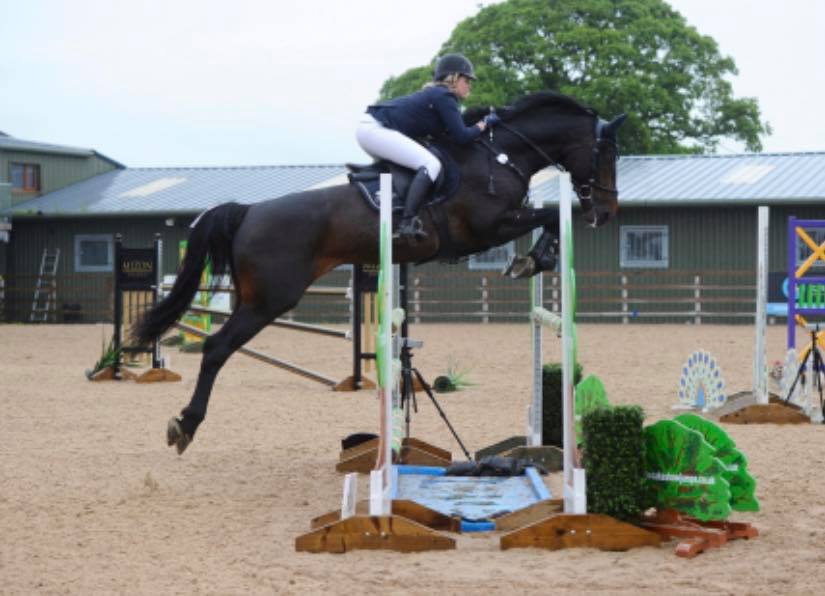 Be quick saddles fill up fast!

If you can't get through please text us your name and reason for calling. We'll look forward to calling you back as soon as we can.

Any cookies that may not be particularly necessary for the website to function and is used specifically to collect user personal data via analytics, ads, other embedded contents are termed as non-necessary cookies. It is mandatory to procure user consent prior to running these cookies on your website.